Numeric Biotech is a biopharmaceutical company fully dedicated to cure rare diseases in the field of age-relating diseases. In particular where chronic (neuro) inflammation is a root cause of the disease.
‍
Our experienced management team is developing first-in-class compounds to eliminate the surplus of senescent cells and to reduce pro-inflammatory cytokines such as IL-6.
‍
Through selectively targeting the foxo4-p53 axis in the nucleus of the senescent cell our compounds will have specific control over the functionality and numbers of regulatory T-cells ( Tregs).
‍
By reducing pro-inflammatory cytokines and increasing Tregs, the compounds have the potential to become the first-in class immunomodulators for the treatment of chronic inflammatory diseases. 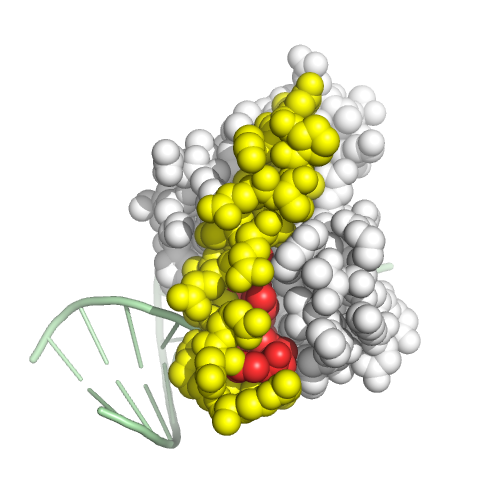 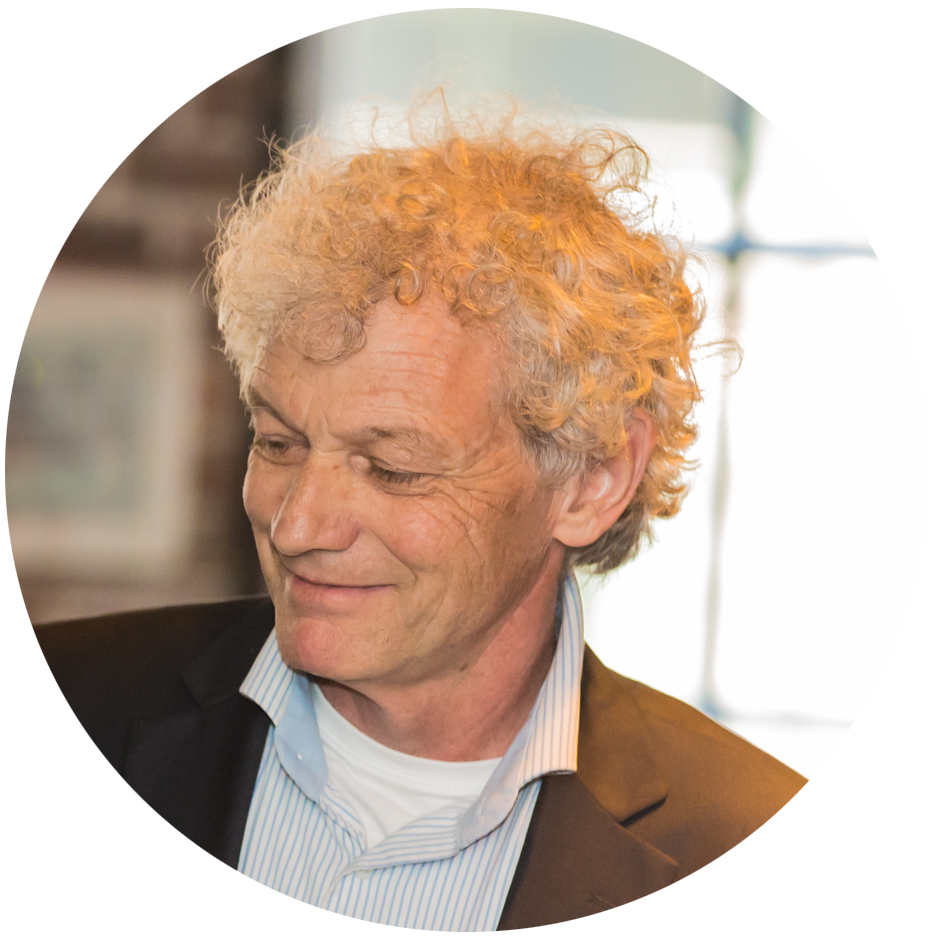 Hans van Berkum served as CEO (and was also member of the Board of Directors) of Virosome Biologicals BV. from founding until the company was acquired by Norwood Immunology (now Mymetics Corp.). Prior to that he held several senior executive positions: being responsible for worldwide regulatory affairs of major pharmaceutical companies and was international medical director of US based pharmaceutical company. He was also a European general manager of a main biotech company, running the first approval process of lead compounds and successful introduction and marketing. During his career he was actively involved in various M&A and investment projects. He worked for companies such as Astra (now AstraZeneca), Hoffmann- La Roche, and Genzyme (now Sanofi) in several executive management positions.

Hans obtained a PharmD degree specializing in neuroscience from the University of Leiden (The Netherlands) and holds an International Master of Business Administration from the Dutch School of Management in Utrecht (The Netherlands). 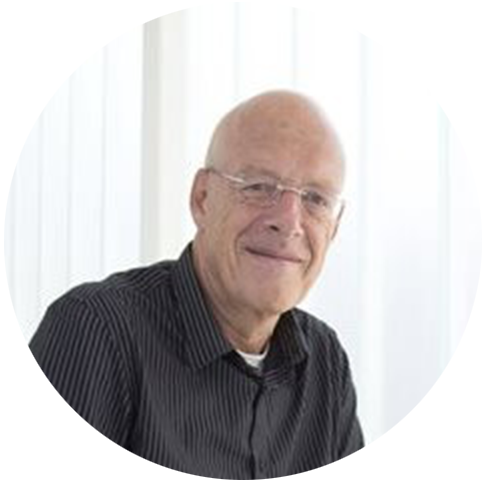 Erik Hack (1952) studied medicine at the University of Amsterdam (The Netherlands) and completed his PhD also in medicine. After his thesis he held several positions in the former Central Laboratory of the Netherlands Red Cross Blood Transfusion Service, now Sanquin Blood Supply Foundation, ranging from principal investigator to head of the Department of Immunopathology. He was appointed as Professor in Immunology at the Free University Medical Center in 1994. Thereafter he became head of the Protein Biologics Group of Crucell (currently part of J&J), in The Netherlands. In 2009 he accepted the position of Professor of Immunology at the University Medical Center in Utrecht (UMCU),founded the Laboratory of Translational Immunology, which harbours all immunology research of the UMCU, and initiated the strategic program on Infection and Immunity. He has assisted to found the Dutch patients association of hereditary and Quincke’s edema. Erik Hack’s research interests are the role of inflammation and coagulation in experimental and human diseases. He has performed a number of clinical and experimental studies on C1-inhibitor in angioedema as well as in other diseases such as sepsis and myocardial infarction, and amongst others has initiated projects on recombinant C1-inhibitor (Ruconest, Pharming Technologies) and plasma-derived C1-inhibitor (Cinryze, now Shire). Both products have been approved by the EMA and the FDA. His current research is on the modulation of inflammatory and coagulation responses in human (neuro-)inflammatory disease with antibodies against key mediators. One of the antibodies discovered by Erik Hack, is an antibody, ArgX-117, now evaluated by ArgenX company in clinical studies. In addition, Erik Hack has co-founded Synerkine Pharma which develops fusion proteins of cytokines for the treatment of inflammatory and immune diseases, as well as of chronic pain. Erik Hack has co-authored over 500 peer-reviewed papers, which have been cited more than 44,000 times (H-index 108, Google Scholar, 28 april 2020). In addition, he has written >20 patents. 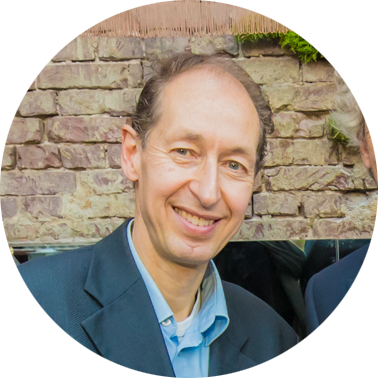 Brian Eisenburger brings over 27 years of international operations and project management experience. Having worked in Europe, Japan and the US he gained expertise working in various leadership roles for various bio-pharmaceutical companies but also at CMO/CRO companies. As director business development he was responsible for out-licensing activities at a number of biotech companies, such as Pharming, Algonomics, DSM, etc. He was responsible for various successful venture capital fundraising deals and sales & marketing activities. He set up a branch office in the pharmaceutical industry in Japan for an European CRO organisation, worked as senior production project leader in the US for a worldwide pharmaceutical & food ingredient company. His background education is master of business economics (Erasmus University Medical Center Rotterdam) and engineering (Technical University in Delft, The Netherlands). 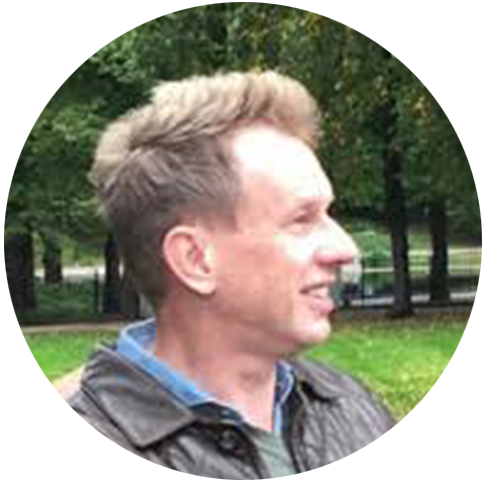 Erik Doevendans has 25 years’ industry experience with expertise in drug development and a background in regulatory affairs, quality assurance and manufacturing operations.  He served as senior director Regulatory Affairs and manufacturing at Pharming NV where he brought recombinant C1-inhibitor to the market. Notably he was previously a senior pharmaceutical assessor at the Dutch regulatory authorities and an expert to the European Medicines Agency (EMA). Erik has an MSc in Pharmacy from Utrecht University, where he is still involved in the department of Pharmaceutics, with special interest in regulatory science and the relevancy of animal models used in non-clinical development. 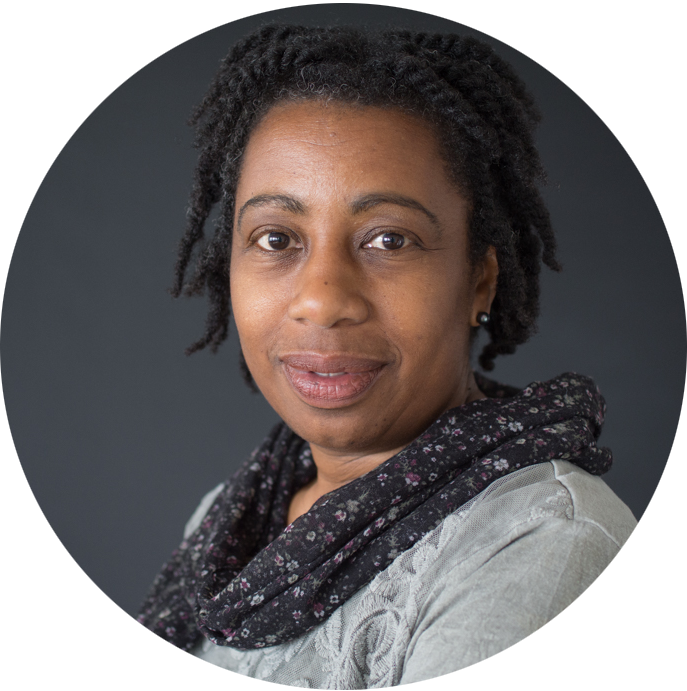 Patricia Ringeling is a qualified Dutch and European Patent Attorney. Patricia has more than 20 years of extensive patent experience as a patent attorney in various settings. Previously, Patricia was in-house patent attorney at Gist-Brocades/DSM, Director Intellectual Property at Pharming, and patent attorney at private practice Nederlandsch Octrooibureau (NLO). She works at the independent patent practice Enelex Innovation BV in Delft, which she founded in 2006 to provide patent support to start-ups and innovative SMEs in the life sciences. Patricia is a member of the Institute of Dutch Patent Attorneys, the Institute of Professional Representatives before the European Patent Office, Licensing Executive Society (LES) and Public interest Intellectual Property Advisors (PIIPA), a global non-profit resource for public interest organizations in developing countries seeking expertise in intellectual property.

Patricia studied chemistry with minors immunology and oncology, at the University of Amsterdam and holds a PhD from the Erasmus University Medical Center (The Netherlands). She was as a postdoc researcher in the field of iron metabolism at the University of East Anglia, Norwich UK, and a lecturer in bioinorganic chemistry. Patricia holds a Certificate in Intellectual Property from Queen Mary, University of London.

Head of the department of Molecular Genetics at the Erasmus MC

Prof. Roland Kanaar (1961) studied chemistry at the Leiden University in the Netherlands and performed post-doctoral work at the University of California, Berkeley, USA. In 1995 he joined the Department of Genetics and the Department of Radiation Oncology at Erasmus University Medical Center Rotterdam. In 2000 he was appointed Professor of Molecular Radiation Genetics. His current research addresses the mechanisms and biological relevance of the DNA damage response. The DNA damage response is essential to prevent chromosomal abnormalities, which in their turn may lead to hereditary diseases, aging, cancer, and cell decay. Roland is currently managing the large department of Molecular Genetics department of the Erasmus Medical Center Rotterdam.A salient feature of his work is the strong multi- and interdisciplinary approach, which contributed to making him a leader in the field. His work spans the experimental range from single molecule biophysics to animal models. Depending on the specific question at hand techniques from biophysics, structural biology, biochemistry, cell biology, molecular biology and animal genetics are applied in his laboratory. Roland is elected as member of the European Molecular Biology Organisation and Fellow of the Royal Netherlands Academy of Arts and Sciences.  He is member of the editorial board of various international scientific journals, such as Molecular Cell and The EMBO Journal.

Professor Jan Hoeijmakers’ s (1951), as a Dutch molecular biologist, biochemist, and molecular geneticist, is an internationally respected and known scientist. Jan has a longstanding interest in understanding the molecular mechanisms of eukaryotic DNA repair and the clinical consequences of defects in repair pathways. He is known for elucidating the mechanisms of DNA repair and the effects of defects in the repair mechanism on genetic stability in aging, cancer, and various hereditary diseases.Jan's laboratory was also involved in the exact elucidation of the factors involved in the repair of DNA and their regulation, developed many (transgenic) aging mouse models and was able to observe DNA repair with fluorescence-marked proteins in the living organism. In doing so, they also found a strong direct link between DNA repair and various signs of aging. These findings have wide clinical implications for therapy of humans genome instability syndromes, dementia’s, treatment by chemo- and radiotherapy and ischemia-reperfusion injury associated with surgery and organ transplantation. His EMC research team pioneered DNA repair dynamics in living cells using novel imaging technologies, generated numerous mouse repair mutants, discovered a strong connection between accumulation of DNA damage and accelerated aging and a trade-off between cancer and aging. His research team holds several patents involving genome stability and its relation to aging. He was involved in the 2004 founding of the company DNage B.V. in order to evaluate possibilities for "important applications such as identification of biomarkers and compounds which are able to prevent or postpone many aging-related diseases, including cancer." (In 2006 the Dutch biotech company Pharming Group N.V. acquired DNAge B.V. His "laboratory also generated the first mouse mutants with intrinsic defects in the biological clock. This opened a new line of research in our department on the molecular mechanism and biological importance of circadian rhythmicity for onset and therapy of cancer and for lifespan and health in aging." He currently manages active research groups at the Erasmus Medical Center (EMC) in the Netherlands, at the  Global Faculty University of Cologne in Germany and at the Princess Máxima Center in the Netherlands.

For his work he received numerous awards and prizes including two advanced grants of the European Research Council, the Snoo van t’Hoogerhuys, the Louis-Jeantet Prize for Medicine, the Spinoza Prize, the highest Dutch science award, the Van Gogh award from the NWO (i.e. Dutch Organization for Science), the Descartes-Huygens award for French-Dutch scientific collaborations, the Josephine Nefkens Prize for Cancer Research. The European Research Council awarded him an Advanced Grant. He received the Queen Wilhelmina Research Award from the Dutch Society for Cancer Research, the Charles Rodolphe Brupbacher Prize and the International Prize of the Olav Thon Foundation. He is the author or co-author of over 490 scientific publications. He serves and served on the editorial boards of five scientific journals.

Dr. Leon Hooftman is an experienced clinician and has initiated and successfully completed numerous clinical studies in immunology, oncology and immuno-oncology. Before joining ISA Pharmaceuticals in May 2018, he worked at Allecra Therapeutics Ltd, where he oversaw the clinical development of a novel antibiotic agent. Prior to this, he held CMO positions in several biotech companies – amongst others, Polyphor AG and Chroma Therapeutics. Previously, he was Head of Clinical Development at Celltech Group Plc until the company was acquired by UCB. Before moving into biotechnology, Leon worked at F. Hoffmann La Roche for more than 8 years where he was Director of Clinical Science, Oncology and Immunology. At Roche – amongst other projects – he led the clinical team that successfully completed a registration study with rituximab in first line NHL which gave the antibody approval in a first-line cancer indication. Prior to that, he was the lead MD of the group that achieved approval of 2 novel immunosuppressant agents, initially at Syntex, which was acquired by Roche. Dr. Hooftman is also an accomplished scientist and author of more than 50 scientific papers and publications.